SUPREME COURT OF GIBRALTAR RULES AGAINST US ON IRANIAN TANKER SEIZURE 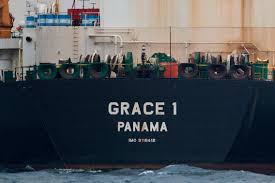 The Supreme Court of Gibraltar late yesterday entered a ruling releasing the Grace 1, an oil tanker owned by the Government of Iran, which was seized last month for violating EU sanctions on Syria. the vessel was carrying  2/1m bbl of Iranian oil, destined for  the sanctioned Baniyas refinery in Syria.

The Court, in entering a decision adverse to the request of the United States, which has freed the vessel to depart, indicated that it made the ruling due to a representation by Iran that the tanker's final destination had changed, and it would no longer deliver the oil to the Syrian facility. Whether the United States takes additional action, through the European Union, is not known.
Posted by Kenneth Rijock at Friday, August 16, 2019