There have been allegations that the Foreign Minister of Lebanon sought to have accused Hezbollah money launderer Nader Mohamad Farhat sent to Lebanon, rather than to the United States, which requested his extradition. The defendant was later delivered to US law enforcement authorities, and transported to Miami, to face justice.


Lebanon has denied this; Below you will find (en Español) a letter from a senior Lebanese diplomat in the embassy in Paraguay. Apparently, there was no truth to the denial. 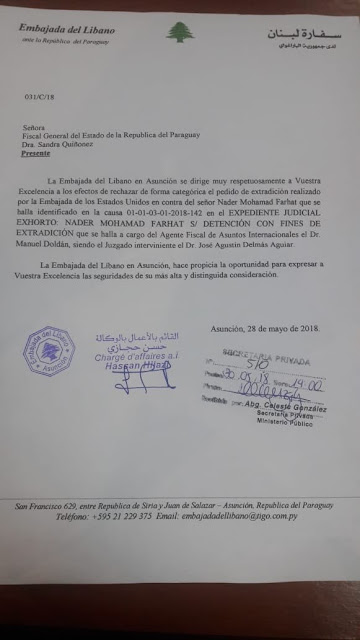