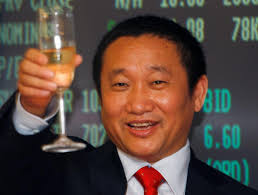 Liu Zhongtain, the Chinese Aluminum magnate, recently indicted in the United States, was able to secure a Malta CBI passport and citizenship in 2016, even though his criminal activities were widely known, and were detailed in global media reports. Liu, who has been charged with money laundering and tax evasion, allegedly evaded $18bn in American tariff fees. He is believed to reside in China, where he is free from extradition to the United States.

The question presented: how on earth could a known fraudster & white collar criminal, whose exploits appeared in news articles, pass any due diligence, or enhanced due diligence, investigation, and receive a Maltese passport ? Anyone in Malta at the Individual Investors Program (IIP), with computer access would find the negative information, using Google or any other search engine. We must conclude that a substantial amount of cash was paid, illegally, to Maltese government officials, to facilitate Liu's acceptance.

So long as foreign white collar criminals are arrested abroad, holding Maltese passports they purchased, the European Union will continue to be critical of Malta's IIP program, and even call for its termination, as it has recently done for all EU CBI programs currently in operation, due to money laundering and tax evasion concerns. Malta, which refuses to reform its CBI program, should consider closing it, before the Member states of the EU order it.