Malta's failed Satabank was recently hit with a record €3m fine for money laundering violations imposed by the country's regulatory authority, the Financial Intelligence Analysis Unit. The problem is, the decision and fine were NOT published to the agency's website, meaning that it was concealed from the financial community and the media. The Malta Financial Services Authority also failed to make the decision public.

Apparently, the FIAU has been refraining from making its money laundering fines and penalties public, reportedly due to the fact that changes in the law in 2017 allow direct appeals of the regulatory action in court, and the FIAU, or local government officials, obviously deemed it to be negative publicity, and withheld the information about its decisions from the world's banks, which regard such data as essential for risk purposes. 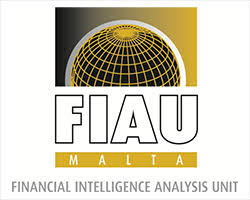 Malta, where allegations of corruption among senior officials, a CBI program accused of placing passports in the hands of white collar criminals, and massive sanctions evasion activity, cannot be allowed to conceal regulatory actions from the other Members of the European Union, although it appears to be trying. The agency argument to conceal the decision for "confidentiality" is a violation of the principles of open government, and a needless obstacle to a global compliance industry that demands the truth from the regulatory community.

Local Malta Media was able to identify entities that were quietly fined, through research into the appellate cases on file, and name them as likely recipients of unpublished FIAU fines and penalties. They are:

Perhaps the European Union will compel the FIAU to publish its regulatory decisions, so that Malta may have government in the sunshine. If it will not, then compliance officers will be obligated to raise Country Risk for Malta to the highest level, and discourage any client transactions with Maltese financial institutions or entities.