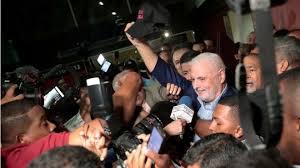 A three-judge panel has found the former president of the Republic of Panama, Ricardo Martinelli Berrocal, innocent of all charges, in a unanimous decision that has been questioned, in light of the testimony of a number of the over 150 victims of an illegal surveillance program, conducted over five months. Many Panamanians have indicated their anger at the ruling, and their disappointment with the court system. Martinelli was facing was amounted to a life sentence, if convicted, given his advanced age.

The Court held that, although illegal activities had been conducted, there was insufficient evidence to link Martinelli to the crimes, ruling that reasonable doubt of his guilt existed, that there were violations of Due Process, and of procedural rights of the defendant. The Court also cited several issues involving the evidence. He was also acquitted on the charges of embezzling government funds.

Martinelli has long asserted his innocence, placing the blame for the illegal surveillance program upon then-Vice President Juan Carlos Varela Rodriguez, who succeeded him as president, but has now himself left office, after his term expired.

Some of the victims  have characterized the decision as "absurd," and there have been calls to investigate the three judges who participated in the case. Panama's judicial system has been stained by corruption, and seasoned legal observers of the court scene correctly predicted that he would not be convicted, and evade responsibility for an illegal program that spied upon Panama's most prominent leaders and businessmen, without court approval.

Government prosecutors have indicated that that they intend to appeal the decision, to the Supreme Court of Panama, if necessary. How this decision will affect Panama's Country Risk status, which factors the lack of Rule of Law into computation of risk calculation, is not known at this point, but it may increase as the result.
Posted by Kenneth Rijock at Saturday, August 10, 2019