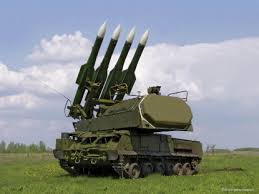 Rami Najim Asad-Ghanem, a major black-market arms trafficker whose clients included Iran, Hezbollah, and Libyan militants, was sentenced in US District Court in Los Angeles to thirty years in Federal Prison. He was convicted in November 2018, on seven counts, including money laundering, unlicensed export of weapons and ammunition, smuggling, conspiracy, and unlicensed arms brokering. Asad, who was arrested in Greece, and extradited to the US, was born in Jordan; he is a naturalized US citizen.

The defendant dealt in surface-to-air and anti-tank missiles, military-grade weapons and ammunition, and was said to have offered to purchase helicopters and fighter planes for Iran and Hezbollah, for delivery to them in Iraq. he reportedly bragged to an undercover law enforcement agent of his close ties to both Hezbollah and Iran.

Asad, though a US citizen, operated out of Egypt; he not only sold $250m of weapons to a terrorist organization in Libya, but he also had a role in the trafficking of counterfeit currency, stolen antiquities, and black-market diamonds. He brokered the sale of Russian-made Strela and Igla surface-to-air systems, including the supplying of mercenaries as missile operators, to his clients; he was repeatedly referred to by Federal prosecutors as the "Merchant of Death."

Asad's close relationship with both Hezbollah and the Government of Iran is disturbing, as Hezbollah has repeatedly claimed that it was in the process of acquiring anti-aircraft missiles, to use to attack fighter aircraft of the State of Israel, which often overfly Lebanese airspace when attacking targets in Syria. Those advanced weapons systems were destined for Hezbollah-controlled South Lebanon.