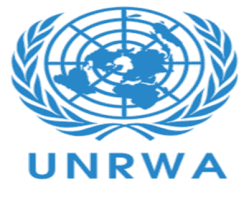 A confidential Ethics Report has exposed massive corruption at the United Nations Relief and Works Agency (UNRWA), which handles refugee services in the Middle East. The report, which was made available to certain media, also alleges Abuse of Authority for Personal Gain, Nepotism, Discrimination and Ethical Abuses, on top of the corruption allegations, was prepared by the UNRWA's own ethics division.

Leaders at the United Nations have had the Report since December 2018, but no action has been taken, and there is no indication that, aside from resignations of some of the corrupt UNRWA senior officials, which has already occurred, any reform will ever be imposed upon the agency, notwithstanding that several countries have terminated their donations to the UNRWA budget, due to the rampant corruption  exposed by the Report.

Lest compliance officers unwittingly allow any former or present senior UNRWA official to place the proceeds of corruption in their bank, we list below the individuals who have been identified from the report. We do not have specific information about corruption, and this list appears below solely due to their high-risk status as Politically Exposed Persons (PEPs).