Kassim Tajideen, a Lebanese businessman who reportedly funneled tens of millions of dollars in financial assistance to Hezbollah, was sentenced in US District Court to five years in Federal Prison and ordered to forfeit fifty million dollars. The defendant, who has been a Specially Designated Global Terrorist for ten years, entered a guilty plea to Conspiracy to Commit Money Laundering; The other charges were dropped.

Tajideen, who was extradited from Morocco, and held in prertrial confinement, was not charged with terrorist financing, but with violations of US laws due to his US financial transactions, which were conducted notwithstanding his SDGT designation by OFAC. His plea agreement requires him to pay the Forfeiture judgment in advance, which necessitated a previous delay in sentencing. The $50m has now reportedly been paid.

The defendant's counsel has made a public statement about the fact that he did not plead guilty to terrorist financing offenses, and that the defendant has contested Tajideen's SDGT designation. The statement appears below: 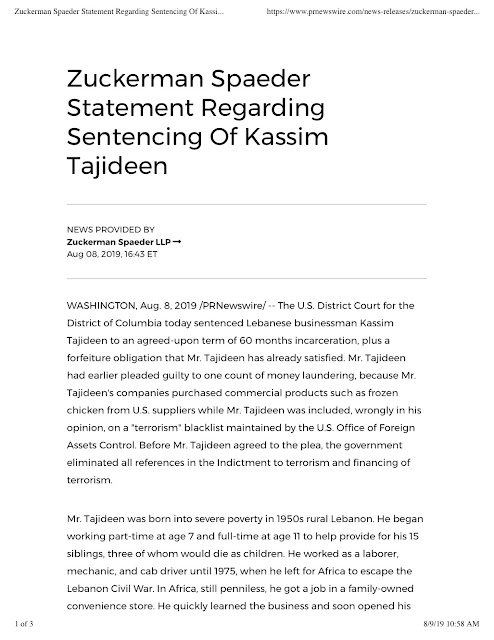 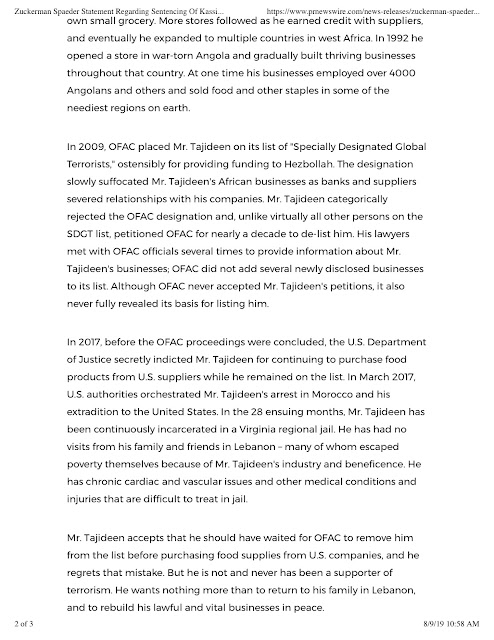