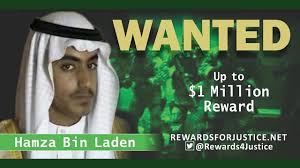 Two years after the fact, the Department of Defense has finally admitted that Hamza Bin Ladin, the son and apparent heir of Osama, was killed in an unspecified military operation by US forces. No details, not even the country in which the action occurred, were disclosed, reportedly for security reasons. Hamza, called the "Crown Prince of Al-Qaeda" by some, is believed to have been approximately thirty years of age. The DoD spokesman was singularly opaque about the matter.

Compliance officers at international banks, which are charged with suppressing terrorist financing, often express the opinion that over-classification of the details of military actions against terrorist organizations or agents hinders their ability to properly assess Country Risk on high-risk jurisdictions. There are often substantial delays in the public release of critical information about terrorists, which affect risk levels regarding terrorist financing, and press conferences in the Pentagon have essentially stopped since 2017, resulting in even more diminished aceess to information.

Let me express the problem in banking terms. For example, if a compliance officer at a bank that services an international clientele fails to learn that an immediate family member of an existing client was detained as a member of a terrorist organization, while stopping an imminent attack, the bank client might continue to operate a program of terrorist financing through the bank. Had compliance been given that information timely, it might have been able to shut down an important source of terrorist funding, which then exposed the bank to subsequent regulatory fines & penalties, reputation damage, and possible negative publicity, in the future. 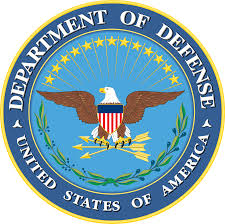 I have served in our armed forces in a combat environment, in the field. While I fully understand the need to deny the members of terrorist organizations tactical information that could cause them to adjust their operations, and elude capture or elimination in military action, a substantial amount of tactical intelligence that could assist our financial institutions in dealing with terrorist financing suppression is not sensitive, and could he shared without endangering our forces.
Posted by Kenneth Rijock at Friday, August 23, 2019