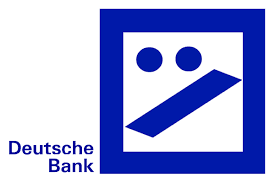 With all the hoopla concerning the flat refusal of Deutsche Bank's attorneys to state whether their client possesses copies of the tax returns of the Trump family, and all its corporate entities, perhaps there's something that's the real reason the bank is fighting, tooth and nail, the disclosure of its Trump files to Congress.We attach two pages, taken from Exhibit A of the subpoena, both of which clearly require that all the KYC files were to be produced. 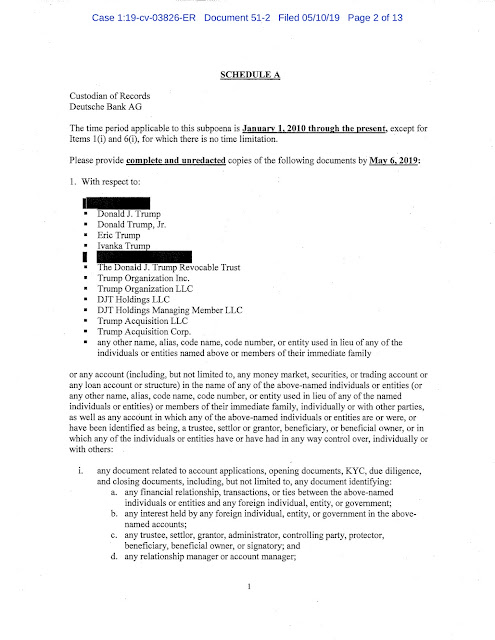 Given that the reported amount owed by Trump ranges from $130m to over $2bn, is it really that the Know Your Customer files betray the fact that little, if any, due diligence was performed, and that's why DB is afraid to give up the compliance files ? Or something even more sinister: that the compliance files disclose that Trump owes many millions to certain Russian banks that, by definition, present serious Conflict of Interest for the President. 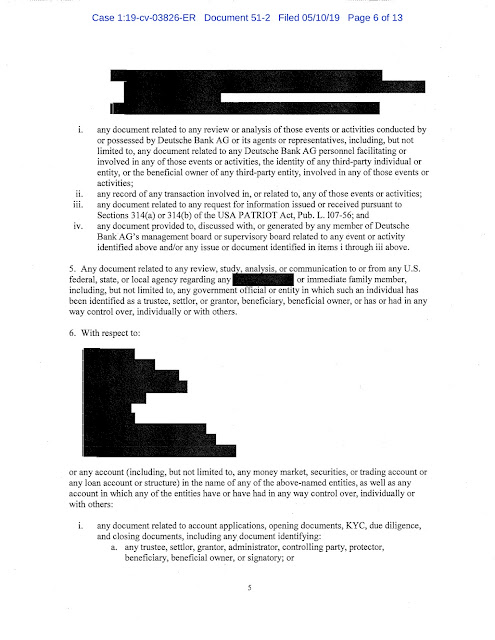 Given that the District Court Judge properly ordered the files released, and the appellate judges took issue with the refusal of the DB attorneys to admit that their client holds trump tax returns, and even openly considered obtaining an order of court to obtain them, the outcome will most likely favor Congress. At that point, we may then uncover the truth behind the dogfight that Trump is conducting, to prevent the public from learning the dark secret.