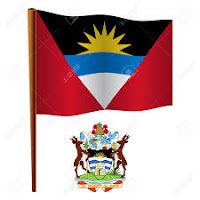 The Attorney General and Minister for Public Safety of Antigua, Steadroy Benjamin, has issued a warning regarding a threat, uttered on local radio by an Antiguan national, that there exists an "Antiguan Resistance Movement," which intends to prey upon elected Browne Labour government officials, attack them, and replace them, in a military coup. The purported movement is said to be composed of Antiguan expats, who are claiming to be military veterans, and who are training in the United States, to take over the present government of Antigua & Barbuda. Mercenaries are also reportedly involved in the organization's cadre.

Outside of oral and written statements, there is no additional proof that such an organization is operational, and additionally that it has the capability to enter Antigua and violently overthrow the Browne Labour government. While we intend to verify the existence of the threat and report back with our findings and conclusions, be advised that the threat appears to be credible, and is being taken seriously by governments in certain other Western Hemisphere countries.
Posted by Kenneth Rijock at Tuesday, August 13, 2019