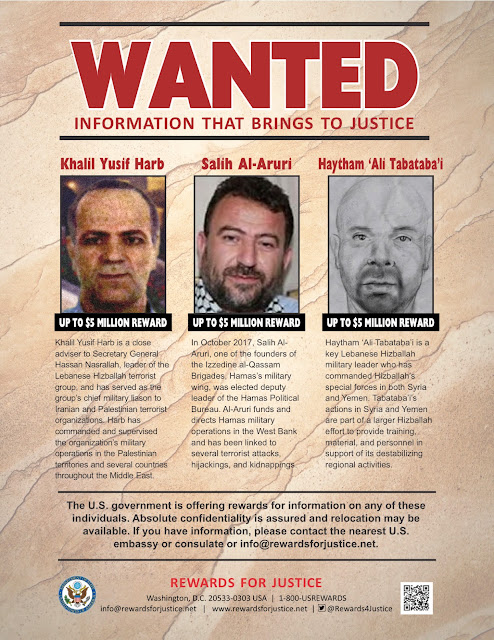 The Department of State has offered a five million dollar reward for information leading to the capture of Saleh (Salih) Al-Arouri, the senior Hamas leader who is responsible for Hamas' terrorist activities in the West Bank. al-Arouri previously served eighteen years in Israel's prisons for terrorist acts, and is the intermediary between Hamas and Hezbollah* in Lebanon, living in Beirut. The Government of Lebanon, which includes Hezbollah in its cabinet, has made no move to detain him, and he is allowed to move freely in the country, where he is engaged in organizing terrorist operations inside the West Bank. 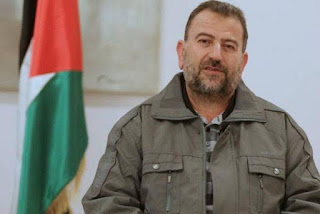