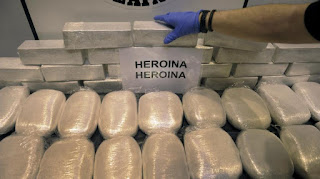 Mohamad Noureddine, a Lebanese businessman and money launderer who moves criminal proceeds for Hezbollah, goes on trial on drug trafficking and money laundering charges in Paris this week, charged with operating a sophisticated cocaine and heroin trafficking ring that used its profits to purchase weapons for Hezbollah's Syrian operations. Noureddine, who is a principal money launderer for Hezbollah's so-called "Business Affairs" component, was perviously sanctioned by the US Treasury, together with several of his front companies; He was arrested in France in 2016.

European media, who are referring to the case as the "Lebanese Connection," are stating that a conviction of Noureddine will blacken Hezbollah's reputation as a strict, pious organization back in Lebanon. Nureddine denies that the Source of Funds he was moving were narcotics profits, and further denies that the money's ultimate destination was Hezbollah. Another suspected Hezbollah narcotics trafficker, affiliated with Noureddine, was also sanctioned by OFAC in 2016. His name is Hamdi Zaher El Dine. 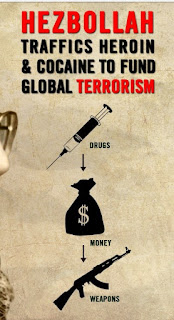 The trial is scheduled to commence today, and run until November 28.
Posted by Kenneth Rijock at Tuesday, November 13, 2018