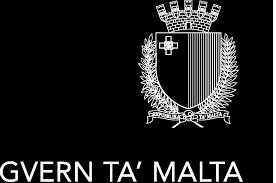 Just when you think you have seen it all, regarding propaganda extolling the virtues of Malta's Citizenship by Investment (CBI) program, someone really goes off the deep end. An information professional, from a company whose parent assists Malta with its CBI program, asserts that its due diligence investigations of applicants are on a high level. He also states publicly that the Individual Investor Program provides a high standard of due diligence, and that it should be a model for the programs of East Caribbean CBI states.

Nothing could be further from the objective truth. Both the European Union and Transparency International have very recently come down hard on Malta's CBI program. Many Maltese CBI passport holders have been arrested on a variety of serious white-collar crimes, on several continents. Our recent article about the Russian with a Malta CBI passport who appears to have been an intelligence agent engaged in espionage in Finland, is but one of many such stories.

Painting a rosy picture of the benefits of a CBI passport, while ignoring and evading the negative aspects of holding an economic passport, does a disservice to all prospective applicants. It also is a clear and present danger to banks within the Schengen Zone, considering that visa-free access to the EU is the most advertised benefit that Malta offers. Compliance officers working at EU banks should carefully examine all Maltese passports, to identify CBI clients, verify their legal names through image confirmation, using facial recognition software, and commence enhanced due diligence on all of them, prior to accepting them as bank clients.

Malta's ineffective due diligence for its CBI program has angered the European Union, which will be taking action against it. Perhaps those professionals who are continuing to tout Malta CBI, notwithstanding its due diligence failures, will cease making their bogus recommendations.
Posted by Kenneth Rijock at Saturday, November 10, 2018