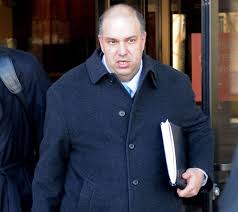 The Second Circuit Court of Appeals has affirmed the District Court's order denying convicted Ponzi schemer Francisco Illarramendi post-conviction release. Illarramendi, who turned a $5m loss in his  hedge fund into a $370m Ponzi scheme, is seeking release during his motion to set vacate his thirteen year sentence. His Ponzi scheme, which seriously damaged the Venezuelan PDVSA pension fund, alleged that his hedge fund was worth two hundred seventy five million dollars, when in truth and in fact the document attesting to that fact was a forgery, and worthless.

The District Court, where Illarramendi was convicted, was the subject of his post-conviction motion to be granted Supervised Release (which replaced Parole in the Federal justice system) while his claims were pending. He previously lost his direct appeal. His allegations:

(1)The appellant alleged that he received Ineffective Assistance of Counsel at trial. We have covered this case in earlier articles, and noted that he changed his attorneys multiple times, and was, at best, a difficult and manipulative client. Remember, his pretrial bail was revoked when it was discovered that he had improperly spent a $630,000 state tax refund, without informing the Court.

(2) He alleged that, since the United States seized his assets, he was therefore prevented from retaining the attorneys of his choice.

The District Court denied his motion, stating that it had no power to grant Supervised Release to a convicted Federal defendant. thereafter, Illarramendi appealed.

The Second Circuit Court of Appeals, which treated his request for Supervised Release as a request for release on Bail, affirmed the District Court decision, in a well reasoned 8-page opinion. He pled guilty in 2011, and is presently scheduled to be released on May 22, 2024.
Posted by Kenneth Rijock at Saturday, November 10, 2018