NOTE TO CAREER CRIMINALS: BUYING A DIPLOMATIC PASSPORT DOES NOT MEAN IT WILL SAVE YOU 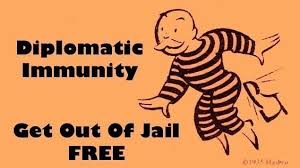 The civil suit, brought by former Republican Party National Chairman Elliott Broidy, against Jamal Benomar, for illegally hacking personal emails, and selling them to the media, has attracted a lot of  attention in the legal community. One aspect of the case provides a detailed discussion of the law of diplomatic immunity, which the defendant is seeking to employ, to avoid liability to the plaintiff.

This is an important issue if you are following the widespread sale of diplomatic passports, for cash, by  the East Caribbean states, to dodgy purchasers, so that they can use them to facilitate criminal activity, notwithstanding that they are no more "diplomats" than I am. These unsavory characters take their diplomatic passports, and use them adroitly in the developing world to evade customs officers upon arrival at international airports of entry. They try, very hard, to use them to avoid arrest when the long arms of justice catches up with them. In short, they game the system, trying to use their passports to commit criminal acts. 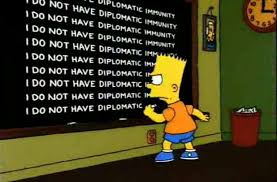 Regular readers of this blog know that the individuals who become "instant" diplomats know that they do not qualify as legitimate members of the diplomatic profession, due to the fact that they fail to qualify under the Vienna Convention on Diplomatic Relations, which binds all members of the United Nations.

Briefly, there are two distinct types of diplomatic immunity: 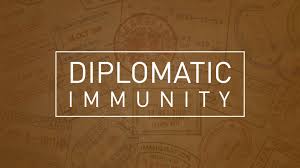 The problem with Status Immunity is that it is, under international (and US) law, available only to the most senior government officials, such as president, prime minister, foreign minister and ambassador. It extends only to the most senior diplomats, including Minister Plenipotentiary, the leader of a legation. That rank was conferred upon Benomar by Morocco, but the circumstances, and the validity of the position, are contested in the case.

How is this relevant to compliance directors, or law enforcement agencies or customers officials,  seeking to determine whether the holder of the diplomatic passport is a genuine diplomat, or a wannabee who bought his passport outside normal channels. While we have not seen any "pay-to-play" diplomats with senior ranking, so as to qualify for Status Immunity, if you should happen to see one, it may be evidence of an attempt to attain that level of immunity. Of course, all foreign nationals are not recognized as senior ranking diplomats by the Unite States, and they must qualify in several other ways**;  a non-national trying to pass cannot be a senior diplomat.*

A final note: considering that the bogus diplomats are engaged in criminal acts, virtually none of them qualify as Conduct Immunity. In no way do they get the protection that they are seeking with that prized passport, but they keep trying.