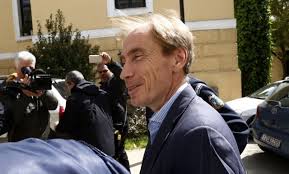 Jean-Claude Oswald, a French banker who was on trial in Athens for money laundering and corruption, has disabled his electronic personal monitoring device, and absconded, following his court appearance. He reportedly fled his residence shortly after being escorted there by local police. Oswald was originally held in custody, but later was released to home confinement (house arrest).

He is charged with facilitating payments that exceeded €60m, and funneling them through Swiss banks. He was quoted as having no interest in knowing the Source of Funds of money he was charged with depositing, and claiming that this was an unofficial Swiss banking policy, to facilitate now business. 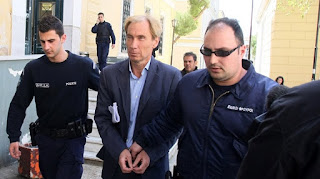 Oswald was extradited to Greece from Abu Dhabi in 2015. A former officer at BNP Paribas, he reportedly holds Swiss citizenship.
Posted by Kenneth Rijock at Monday, November 26, 2018