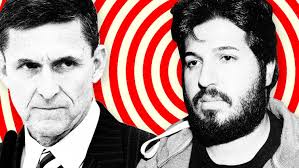 The Government of Turkey, obviously unhappy that the Iranian oil-for-gold sanctions evader Reza Zarrab is cooperating with US law enforcement, has issued a warrant for his arrest on obvious political charges. Zarrab, accused of illegally renovating three historic Turkish mansions, faces a three year sentence, as does his wife. Given that new Turkish regulations provide for an amnesty for violators, the case clearly has political overtones.

Zarrab, born in Iran, but living in Turkey, where he orchestrated the oil for gold scenario, held passports from several countries, and was seeking additional passports; his partners in the embezzlement of billions of dollars of Iranian oil profits were known to hold CBI and diplomatic passports, which they employed in the covert sale of Iranian oil.

Zarrab has been released from US custody, which is not a normal event in a major case where the defendant has pled guilty, and is reportedly openly assisting the United States on a number of criminal matters. He faces seventy years in Federal Prison for assisting Iran in evading international sanctions on oil sales. The most important aspect of Zarrab's substantial assistance may be his cooperation with the Office of the Special Master, which is investigating Russian interference in the American Presidential Election campaign, but no information has leaked out on precisely what evidence he has given to Robert Muller's investigators, especially whether his evidence and testimony concerns Russians or the members of the Trump Election Campaign staff.