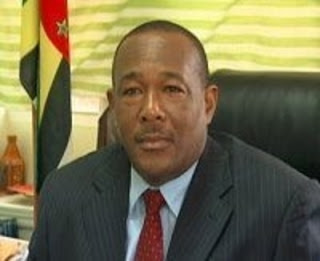 This is Martin Charles, who was appointed Dominica's Resident Ambassador to the Peoples' Republic of China in March of 2018. Ambassador Charles, who is an insurance agency manager, does not appear to have any educational or vocational training for a diplomatic posting, and the Opposition has questioned his lack of qualifications for such an important assignment. The controversy swirling around Charles' reputed inability to discharge a senior position at the Dominica Embassy has resulted in a statement by Vince Henderson, the Ambassador to the UN, to ask Dominicans to give him an opportunity to see if he can handle the job. None of his biographies list his educational background, and it is doubtful that he holds any degrees.

One month before his appointment, Charles, together with Dominica Prime Minister, Roosevelt Skerrit, had a mysterious meeting, on board a luxury yacht berthed off the coast of Grenada, with a Russian billionaire. Given Dominica's extensive participation in seminars in the Peoples' Republic, where Dominica's Citizenship by Investment (CBI) program is avidly marketed, questions regarding sales of CBI passports in China, to foreign nationals, by Charles, are being asked.

The Russian national, who is known to hold a Grenada CBI passport, allegedly was seeking to relocate, which explains his meeting with Skerrit, but why was the Ambassador-Designate part of the meeting ?  Was he acting on behalf of Russians who were to receive CBI passports through the Dominica Embassy in China ? Was he purchasing passports in bulk, for later delivery ? We hope our readers can shed some light on this mystery. Our email address is posted on the right-hand side of this page.