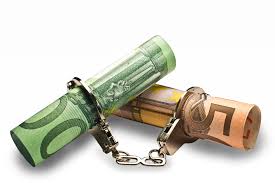 Avinash Persaud, the Chairman of the Financial Services Commission in Barbados, the country's banking regulator, has stated that money launderers avoid jurisdictions that have currency controls. Before you dismiss this as a simplistic solution to a complex problem, note that the few countries that have serious currency controls do effectively suppress international money laundering through theIr financial institutions.

The regulator made the statement during a lecture he delivered at the Caribbean Regional Compliance Association 2018 Conference. He has a point; the question is, will Caribbean leaders ever agree to take such steps ? They would dry up the dirty money flow, and we have seen that bribes and kickbacks that personally benefit amoral Caribbean leaders are their main concern, not money laundering suppression. Therefore, it is doubtful that any of the East Caribbean's  senior leaders will ever agree to a measure that will turn off the tap of dirty money into their personal coffers.

As we have seen, even the loss of most of their country's correspondent accounts in New York will not cause them to make needed reforms, and the people of their countries vote them into office, again and again, often due to financial incentives being illegally passed around. Truthfully, only Banking Best Practices compliance measures will solve the Caribbean's money laundering problems, and that means KYCC, Know Your Customers' Customer, and Enhanced Due Diligence, with all the compliance tools that we have repeatedly urged Caribbean banks to adopt. To do anything less is not only folly, it will eventually result in the failure of most of the banks that accept the proceeds of crime in the East Caribbean.