BVI GETS A €300m BLACK EYE FROM DEUTSCHE BANK SCANDAL

Buried in the news about German police conducting a major raid and search of Deutsche Bank's Frankfurt headquarters, in connection with a massive money laundering investigation, is the little detail concerning the bank's British Virgin Islands (BVI) subsidiary alleged to service more than nine hundred Deutsche Bank customers, whose transactions totaled  €311m. That figure was a quote from the Frankfurt prosecutor's office.

BVI's reputation for opacity, in the aftermath of its vocal battle with the UK Parliament over the creation of a Public Register of the Beneficial Owners, could be further damaged by the Deutsche Bank scandal. BVI companies are favorite purchases of Cayman Islands corporate services officers, who list the BVI company as the owner of a Cayman corporation, thus insuring total
secrecy for their clients. 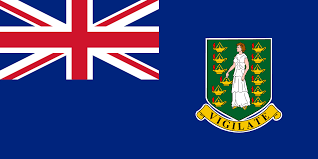 It has gotten to the point where many compliance officers at American financial institutions now regard all BVI entities as high-risk, and readers are advised to decline to open new accounts for such entities, nor to accept client assurances that they are the shareholders, as part of a risk-based compliance program.