RICARDO MARTINELLI'S SONS, IN CUSTODY IN MIAMI, FACE A DEPORTATION HEARING ON DECEMBER 4 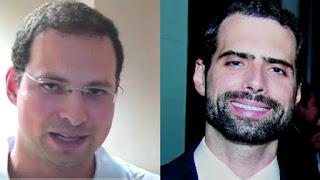 Ricardo Alberto and Luis Enrique Martinelli Linares, the sons of the indicted former President of Panama, Ricardo Martinelli, will have a hearing before an Federal Immigration Judge on December 4th. The brothers, whose US visas were revoked in 2017, are in the country illegally, and face immediate deportation to their native Panama. An INTERPOL Red Notice was issued by the Republic of Panama last year.

There are reports that the brothers have previously applied for asylum in the United States, but that information has not been publicly released.