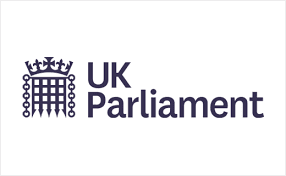 A Grand Committee in the House of Commons, hearing evidence of Disinformation in the East Caribbean, has indicated that it intends to investigate threats to democracy in the region, caused by foreign firms allegedly involved in fixing national elections. Among the firms named are a major CBI consultancy.

Questions have been repeatedly raised about the fact that CBI consultancies have created Citizenship by Investment (CBI/CIP) programs, and subsequently appear to have substantial influence over local government in those jurisdictions, in addition to acquiring lucrative contacts as registered sales agents for the CBI product. Close ties between the CBI consultancy and firms allegedly performing statistical work for political parties, in countries where the outcome of national elections seem to have been affected, have been reported, and will be the subject of committee inquiries.

The role of powerful CBI consultancies in the East Caribbean states has been a matter of controversy, particularly in those jurisdictions where handsome commissions to agents may have resulted in seriously decreased payouts to governments participating in such programs, meaning that benefits to local residents are minimal.
Posted by Kenneth Rijock at Tuesday, November 27, 2018