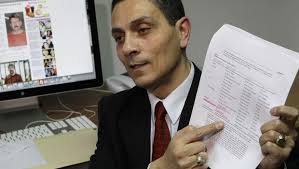 Richard Chichakli has responded to the filing, by the US Government, in objection to his request for Early Termination of his Supervised Release. He has completed more than one year of the two year Supervised Release imposed by the Court as a part of his sentence.Defendants often petition for early termination after one-half or more of their Supervised Release has occurred, stating that the Court really has no compelling interest in continuing to monitor their activity, for there is a very small chance that they will commit another crime; Statistics confirm this to be true.

(1) His post-release conduct has been both exceptional and extraordinary.
(2) The Executive Order that was the basis for his criminal charge has been revoked.
(3) He paid the Court-ordered Restitution early, and in full.
(4) The position of the prosecutor in opposing his petition is groundless, hateful, and part
of a personal vendetta.

He has requested a hearing upon his petition, as provided in the Federal Rules of Criminal Procedure. He has paid his debt to society, and it is high time for the Department of Justice to agree to allow the last 6 months of his Supervised Release to be terminated early.
Posted by Kenneth Rijock at Friday, November 02, 2018