While we have previously detailed several cases where criminal foreign nationals have easily obtained Citizenship by Investment (CBI/CIP) passports and diplomatic passports under the current government of St Kitts & Nevis, there are a number of matters where similar corrupt actions occurred under the previous government, which is now the Opposition party. Rampant official corruption in St Kitts is not limited to a particular party; unfortunately, whichever party is in power on St Kitts, its officials accept bribes & kickbacks.

Take for example the US/UK national Jonathan Curshen, who paid $250,000 to obtain a St Kitts diplomatic passport, and set up a bogus  "Consulate" in San Jose, Costa Rica. That payment never made it into the government treasury, and ended up in the hands of a then government minister. As you might expect, Curshen was never officially presented nor accepted as Consul by Costa Rica. He has a long history of involvement in white-collar crime, and was reportedly a member of a drug trafficking ring.How did he ever pass due diligence in St Kitts ?

In truth and in fact, he set up a money laundering pipeline there; his company was known as Red Sea Management Ltd. a Costa Rica "Asset Protection" company., and he and other individuals engaged in extensive securities fraud "Pump-and-Dump" operations. They engaged in a $7m stock manipulation scheme. Four other defendants also received prison sentences. 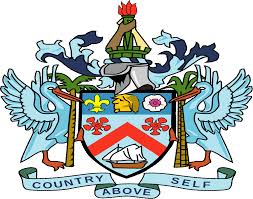 He received a twenty-year (20) sentence, and is currently serving it at the  Fort Dix Federal Correctional Institution. After his arrest, the guilty minister attempted to shift the blame to the prime minister, confirming a total lack of ethics. Curshen is scheduled for release on September 14, 2029.
Posted by Kenneth Rijock at Sunday, November 04, 2018