HEZBOLLAH AND IRGC GIVEN SYRIAN ID CARDS BY DAMASCUS 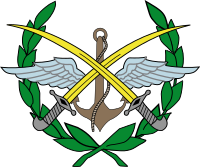 In order to perpetrate the myth that Hezbollah and Iranian Revolutionary Guard Corps (IRGC) troops operating in Syria are members of the Syrian Armed Forces, Damascus has reportedly now issued Syrian national ID cards to the troops in those organizations, under Syrian command and control.

How many of those soldiers will end up acquiring Syrian passports is impossible to predict, but armed with them, they could easily apply to any one of the many European or Caribbean Citizenship by Investment (CBI) passports, and gain visa-free entry to the countries of the European Union, Commonwealth of Nations jurisdictions, and many others. Publicly-available statistics show that a large number of Syrian nationals have qualified for, and received CBI passports. 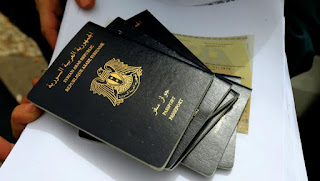 The issuance of Syrian ID cards to members of designated terrorist organizations raises the level of risk that these individuals will obtain CBI passports. We trust that CBI unit chiefs will now reject, out of hand, and without exception, all Syrian applicants, notwithstanding the ongoing refugee problem.

Advice to compliance officers at international banks that are approached by CBI passport holders to open accounts: find out where the applicants were born, and do NOT rely upon the passport or national ID card for that information. The last thing you want to do is to allow a terrorist financier with a CBI passport issued by a European or East Caribbean jurisdiction to open an account in your shop.
Posted by Kenneth Rijock at Sunday, November 25, 2018