While his attorneys have asked for all the Indian Government's evidence against their client*, the fugitive diamond fraudster Mehul Choksi, the fugitive is claiming that his health is so poor that he would not survive the long flight to India, which he would be required to take if extradited from Antigua. In truth and in fact, he has been seen all over Antigua, enjoying the hospitality of its restaurants, with accompanying bodyguards, and his health claims are as bogus as the quality of the diamonds he sold to his victims. He may be obese, but he is certainly extraditable.

Choksi is fighting extradition on the grounds that he is an Antiguan citizen, by virtue of his recently-acquired CBI passport, which was acquired under "unusual" (read corrupt) circumstances.

Choksi has been labeled "CBI" Choksi, because he obtained Antigua CBI citizenship, notwithstanding that the CIU unit appears to have approved his application without ascertaining whether there were any ongoing investigations pending against him. He also allegedly paid millions for his passport, far in excess of the listed fees of the Citizenship by Investment program. He is the poster boy for everything that is wrong in the five East Caribbean states that are operating Citizenship by Investment (CBI) programs. 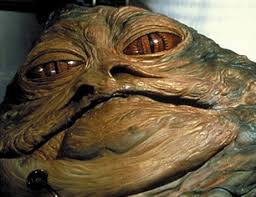