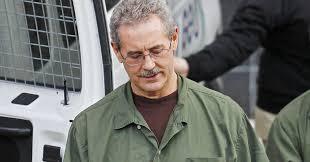 R. Allen Stanford, the convicted Ponzi schemer, presently serving 110 years for the Stanford International Bank scandal, cannot accept the fact that he has had his day in court, in both the criminal, as well as civil, sides. Even after his issues are disposed of, for being totally without legal merit, he continues to seek their rehearing, even when not permitted by the rules of procedure. The issues he presented, in his Certiorari petition, to the US Supreme Court, which was denied, had all been previously settled, adversely, in his trial, and Fifth Circuit appeal.

Stanford has filed a request for the appointment of counsel in the SEC civil suit against him, which resulted in a the entry summary judgment in  2013. Now, four years later, he seeks to have the Court appoint counsel, so that he can file a motion to dismiss. His jailhouse attorneys, who are obviously assisting him, as Stanford has no legal training or experience, ignored both the fact that his issues were already ruled upon, and that he cannot file his motion, as it was long ago filed, and denied. His filings have been totally devoid of legal merit, but he does not stop filing them.

Perhaps the District Court Judge in the SEC case should impose sanctions upon Mr. Stanford, for repeatedly wasting the Court's valuable time. His day in the sun, and in court, is over.