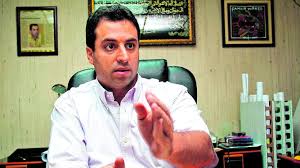 Nidal Abdul Waked Hatum, one of the leaders of Panama's powerful Waked Money Laundering Organization, has entered a plea of guilty, to a single court of conspiracy to commit money laundering, in US District Court in Miami. Waked, a Panamanian national, was extradited from Colombia, and originally charged with four counts.

The defendant has stipulated, in writing, to the facts surrounding his money laundering operation and the tradecraft he employed; the Wakeds moved and cleaned narcotics proceeds for Colombian & Mexican drug cartels, for more than a decade. They used a network of legitimate Panamanian businesses they owned or controlled, to launder the narco-cash.

His Guidelines is stated to be 41-55 months, but a provision states that it will ultimately be 30 months, provided that he makes full disclosure, and there is no provision in his Plea Agreement, requiring him to testify against others. It is believed that his information will greatly assist US law enforcement in the investigation of the narcotics trafficking syndicates his organization served, hence the short sentence, in such a massive case.