The Department of Homeland Security published a regulation effective October 18, 2017 adding social media information to the data collected on all new immigrants to the United States. This new requirement, which will result in additional information that can be used to determine possible connections to terrorist activity, underscores the importance the US Government attaches to social media background checks as a source of intelligence generally not available through conventional investigative procedures.

The specific items to be collected are stated to be:
(1) Social media handles.
(2) Aliases.
(3) Associated Identifiable Information.
(4) Search results.

Previously, USCIS has only reportedly collected social media information when specific Syrian refugees were flagged, or when question were raised during interviews with applicants. The DHS Office of Inspector General recently conducted a number of pilot programs concerning the use of social media to screen applications for immigration, and an unclassified version of the report can be reviewed below*. Platforms employed included one from DARPA and one, with its identity redacted, from the private sector, which may be from government contractor Giant Oak, Inc. 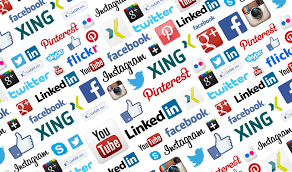 The new regulation recites that the sources of the information shall include "publicly available information obtained from the Internet, public records, public institutions, interviewees and commercial data providers."