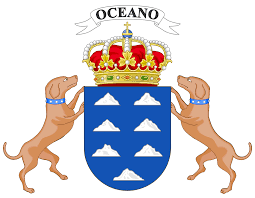 The recent European Parliament conference on Human Rights violations perpetrated by a xenophobic Spanish court in the Canary Islands has resulted in some relief for Russian businessman Vladimir Kokorev, who has been held for two years on a bogus material witness warrant. The alleged money laundering occurred fifteen years ago, and the target is the president of oil-rich Equatorial Guinea, whose natural resources are coveted by Spanish interests, in what is a purely political case, staining Spain's reputation as an adherent of the Rule of Law, and causing many in compliance to raise Country Risk on Spain.

When conference details were announced, Mr. Kokorev's aged wife was released from custody, but was prohibited from leaving the Canary Islands, and his bail was reduced, from €1m  to €600,000, but again he may not leave the jurisdiction. No action was taken regarding his son Igor, who also remains in custody. The High Court Judge who reduced the bail reportedly apologized to the judge handling the case. The presiding judge extended Kokorev's detention for another two years, which a number of Members of the European Parliament have declared a massive human right violation, and vowed to free him, through courts in Madrid.

No criminal charges have ever been filed, against any defendants, in this matter, which appears to be a combination of a corrupt plan to steal Kokorev's Spanish assets, and remove Equatorial Guinea President Obiang from office, for the monetary gain of wealthy Spanish and Italian interests. Many European media have taken up Kokorev's cause, calling for his release, and demanding that justice be served, by charging members of the Spanish judiciary in the Canary Islands with corruption.
Posted by Kenneth Rijock at Wednesday, October 04, 2017