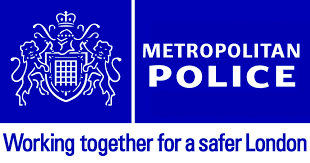 A recent BBC article commented upon the use of facial recognition software by the Metropolitan Police of London to scan the crowd at the Notting Hill Carnival for fugitives from justice or individuals previously forbidden from attending that event. Video from the upcoming Carnival was reportedly going to be then checked by facial recognition software, on a real-time basis.

If you are a user of facial recognition software, whether for due diligence, in a criminal investigation, or for counter-terrorism purposes, you are aware that it has certain limitations. Image size, image quality, facial angle, and facial expression are among the many factors that often prevent positive identification of a subject. In order to improve the success rate, it is suggested that a social media platform be added to the investigative process. 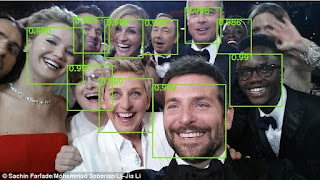 The technique, which involves the use of a social media program that uses Artificial Intelligence and cognitive learning to identify unknown targets, starts by using the individual already known and previously identified, and who may be a leader.  For example, take a surveillance video, or casual group photograph, in which only one individual can be identified through facial recognition. Employing a social media platform, we may be able to identify the others in the photo, even though the relationship to the known individual is remote, indirect, or through third parties, which would preclude success through traditional identification.

Here are a number of relevant applications:

(1) A compliance officer at an international bank whose customers include nationals from a country known for its massive official corruption at the highest level could take a group photograph of a senior government official, which includes several unknown possible associates or friends, and search the official, using a social media platform. The positive identification of a number of the previously unknown faces on the photograph will be followed by a check to see whether any of them hold large accounts at the bank, as their relationship with the government official may make them Politically Exposed Persons, more commonly referred to as PEPs. Such PEPs must always be monitored to insure that they are not quietly moving funds stolen from government accounts, or bribes and kickbacks, by the official that they are associated with, do business with, or are distantly related to.

(2) Unidentified individuals, seen in a grainy tavern surveillance video, socializing with a corporate official who has inside information about his publicly-traded company's future activities, may be the "tippees" who received inside information and profited from it. Though facial recognition fails to name them, a social media program search often makes indirect connections, through prior employment, school, or recreational ties, between the insider and one or more of the people appearing in the background of the video.

(3) Unidentified drug trafficking gang members and associates, seen in a photograph seized during a search warrant of the residence of a ranking leader of the organization, are made through social searches of the leader's social media postings, which lead investigators to his wife's sites, to their girlfriend's sites, and ultimately to the identification of all the gang members pictured.

(4) In a counter-terrorism investigation, poor quality CCTV footage of a holiday march that ended in violence where a local incendiary religious figure was believed to be encouraging individual terrorist acts, was supplemented by a social media program search of the minister, which resulted in the identification of several of the parishioners who engaged in a terrorist attack upon an unarmed civilian. 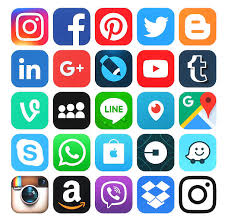 To summarize, the use of a social media platform may result in positive identification of targets that appear in images, yet are unsuitable for facial recognition programs. If you only have a sole individual identified from the film, the platform can cast a wide yet completely focused net for the other targets, and often extracts their identities from publicly-available postings made by them or their friends and family.