DOES PANAMA WANT TO TRY RICARDO MARTINELLI IN ABSENTIA ? 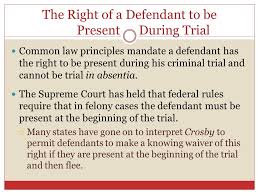 A number of Panamanian Deputies, who serve in the nation's legislature, have gone public with their plans to change the existing criminal code, to allow cases to move forward when a defendant has voluntarily absented himself from the jurisdiction. Current rules of procedure mandate the defendant's presence at several stages of criminal proceedings, and if he or she has counsel, who is aware of pending charges, and then leaves Panama, such acts are an absolute bar to further action.

If the laws in Panama are changed, then a trial in absentia would not only become possible, it could become the preferred method of anti-corruption prosecutors, who might obtain convictions against targets, and then seek their extradition from abroad. Some observers believe that this movement is a reaction to the procedural delays, and obvious roadblocks, thrown down by ex-president Ricardo Martinelli, to frustrate anti-corruption prosecutors, who have cases pending against him.

Though US laws allow Federal criminal trials to be conducted in absentia, they are so rare as to be non-existent, as they are limited to cases where a defendant absents himself from court after the trial has commenced. The fact that Panama wants this right means that they want to obtain convictions against Martinelli, one way or the other, and even if the US fails to extradite him.
Posted by Kenneth Rijock at Thursday, October 05, 2017