IS IT NOW THE CARIBBEAN PAPERS ? 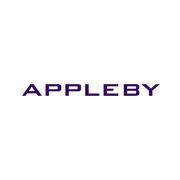 Reports that the prominent Bermuda-based law firm, Appleby, was hacked last year, and that the ICIJ, which broke the Panama Papers, will publish the stolen data, have led to speculation that a new scandal this time involving Appleby clients, will further expose rampant client tax evasion, money laundering, and assorted  financial crimes, in the Caribbean tax havens.

Appleby, which acquired a global offshore presence, by merger, and now has offices in the Cayman Islands, Hong Kong, Isle of Man, the Channel Islands, Mauritius, the BVI, the Seychelles, and China, could take a major hit to its sterling reputation, should the leaked documents expose high net-worth individuals who are tax cheats, corrupt government officials, and other suspected criminals. While  the transactions it assisted in are totally legal, the public perception of misconduct appears to have fatally damaged Mossack's reputation. What will be the outcome for Appleby ?

The exposure of Mossack & Fonseca's illicit acts, in the Panama Papers, caused a widespread exodus of Mossack attorneys and paralegals, and we shall be monitoring unfolding events, to ascertain whether Appleby will suffer the same human resource flight as Mossack.

Regarding possible guilt, we must now reserve judgment, waiting for the information's release, before commenting upon whether any law firm misconduct has occurred; stay tuned.
Posted by Kenneth Rijock at Sunday, October 29, 2017