JUST HOW MANY KITTITIANS GOT FOREIGN PASSPORTS AFTER THE FINCEN ADVISORY ? 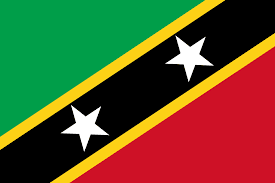 If you are following events in the East Caribbean, you know that not only did the US Ambassador for the region visit St Kitts & Nevis recently, she stated that, while it is under study, there are no current plans to remove the 2014 FinCEN Advisory, which referred to the misuse of Kittitian CBI passports, and warned international bankers to beware money laundering, other financial crimes, and terrorist financing, by St Kitts CBI passport owners. Native Kittitians, especially those who have political or economic power locally, have taken note of their increased risk levels, and some have chosen to game the international document system, in a dangerous way.

The recent dust-up in St Kitts, when local media proved that the country's former Prime Minister* obtained a diplomatic passport in the Commonwealth of Dominica, which actually falsely recited therein that he was a Dominican national, may only be the tip of the iceberg. Those holding St Kitts passports might have problems in making large deposits in North American or European financial institutions, so you should anticipate that Kittitian politicians, also including those presently in office, have acquired Diplomatic passports from Dominica, where, frankly, anything goes, if we take the example of the known foreign career criminals found to be in possession of them when arrested elsewhere.