ZARRAB'S CODEFENDANT FEARS BEING TARRED WITH HIS CLIENT'S SINS 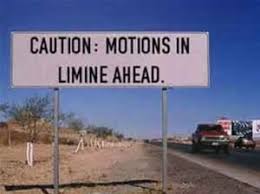 The Turkish banker, Mehmet Atilla, who is scheduled for a November trial in the Reza Zarrab Iran oil-for-gold sanctions violation case, has filed a Motion In Limine*, seeking to have the Court bar specific trial testimony that he asserts is overly prejudicial, inflammatory or irrelevant. He clearly fears that expert testimony will bury him, along with Zarrab, at trial, and with good cause, for the documentary evidence, and anticipated expert testimony, is damning. The assistance that Atilla, through Halkbank, allegedly provided to Zarrab, to evade international sanctions, appears to be overwhelming.

The experts for the Government will be testifying about these matters:

(1) Sanctions that exist against Iran, and against terrorism.
(2) The Economic ties between Turkey and Iran.
(3)  OFAC Iran-related sanctions.
(4)  International Banking and the settlement of foreign currency transactions.

Atilla also is objecting to the admission of a Zarrab letter referencing "Economic Jihad,' which his counsel alleges should be precluded for use at trial, as overly prejudicial and inflammatory. Curiously, his attorneys assert that he may be the only defendant to appear at trial, which again raises the question of whether Zarrab is entering a plea prior to trial.