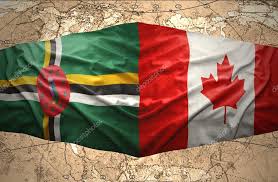 After our recent article, Dominica & St Lucia's CBI Programs have a CBI Consultancy in Iran, there was a denial issued, by the unofficial regime mouthpiece, Anthony "Tony" Astaphan, who has asserted that Swallow Immigration Consultancy, Inc., was not an agent for the Dominica CBI program, notwithstanding that the firm's website recites that it is. I therefore decided to settle the issue by contacting the consultancy's manager, Nousheen Pourjahani, via telephone at her office in Canada, and she was happy to confirm Swallow's status as Dominica CBI Agent & Promoter.

She admitted that she was in the business of selling CBI or CIP passports, from a number of East Caribbean countries, and that her targeted clients are Iranians, which raises multiple questions of whether international sanctions are being violated. She claims that she only sells to expatriate Iranians, who fund their passport purchases with funds held outside Iran. If that is the case, then why does Swallow maintain an office in Tehran ? One cannot sell to expat Iranians inside Iran; she lies about her clientele.

Enter the East Caribbean's dark CBI secret, that there are unlisted agents/promoters, in Dominica, and elsewhere in CBI jurisdictions, who funnel clients to the so-called "licensed" agents, and receive hefty commissions under the table for their trouble. You may recall our prior article about the unlisted Asian promoter who asked for an advance commission payment, to be sent to a Wells Fargo account in Singapore, when a person posing as an interested buyer contacted him. That individual was not named as an agent, but he was nevertheless acting as such. Do not expect anyone involved in the lucrative, and largely unregulated, international CBI industry to follow either local laws or the regulations. 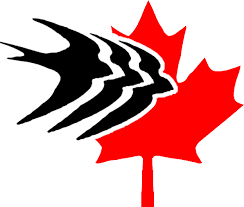 Also, Ms. Pourjahani stated that she performed NO due diligence, upon neither her Iranian applicants, nor their funds, prior to taking possession of the money, in a third country, such as Dubai, as she expects that the CBI program will complete that task. What she is probably doing is engaging in money laundering for dodgy, or even criminal, clients, in a "don't-ask, don't-tell" scenario which the law refers to as willful willful blindness.

After she realized that she had given up far too much damaging information, she terminated the conversation, using an flimsy excuse of immediate travel for an extended period, but she did answer the telephone later that day, only to hang up when she realized who was on the line. Exactly how many Iranians now hold Dominica, St Lucia, Antigua, or St Kitt passports, thanks to Ms. Pourjahani's efforts during the past decade, we wonder ?