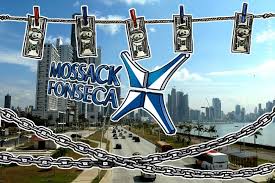 The Colombian representative of the Panama law firm of Mossack & Fonseca, Juan Esteban Arellano Rumazo, has reportedly been arrested, together with a number of prominent Colombian businessmen, and charged with money laundering, fraud, and illicit enrichment, in a massive tax evasion scheme orchestrated by Mossack Fonseca's Colombia office, in coordination with its Panama headquarters.

The law firm set up an elaborate scheme, with lawyers, accountants and tax auditors, using front companies in Panama, Costa Rica, Spain & England, who sent bogus invoices to Colombian companies, for non-existent services. According to the Attorney General of Colombia, a bank in the Bahamas was involved. Documents were falsified by individuals at the companies involved in the fraud. Accountant and auditors were employed to manipulate income statements, and evade taxes, all through Mossack's scheme; the law firm reportedly received a fee of 4% to conduct the criminal enterprise.

It is not known whether name partners, Jurgen Mossack, and Ramón Fonseca Mora, will
be charged in Colombia, with their participation in this tax evasion and money laundering scheme, but their attorney's arguments, that the law firm merely opened corporations for foreign clients, and do nothing more, have now been seen as outright misrepresentations of fact. The Mossack firm ran a racketeering operation, and a continuing criminal enterprise, and was not a legitimate law firm.
Posted by Kenneth Rijock at Tuesday, October 10, 2017