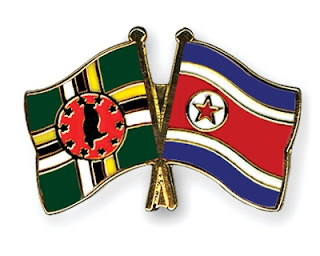 If you read yesterday's CNN  story, Hong Komg, Where North Korea Goes to Launder Money, you might have noticed that the authors made sure to point out that the Chinese national who allegedly is the principal front man for a sanctioned North Korean bank holds a Dominican passport. Whether it is a Citizenship By Investment (CBI) economic citizenship passport, or one of those diplomatic passports considered illegal under international law, the point is that Dominica documents are facilitating North Korea's evasion of international sanctions. While the extent of Dominica's relationship with North Korea is unknown, the continued  existence of the CBI program itself could be endangered, should major United Nations sanctions evasion activity be made public.

There's more: an examination of the North Korean Economy Watch, which publishes data from the annual Rason International Trade Fair, reveals that Dominica was one of the exhibitors. Considering that the country does not record that it exports anything to the DPRK , the obvious conclusion is that the government display is for the sole purpose of selling CBI citizenships. Dominican representatives have a history of hawking CBI products in the Peoples' Republic of China, and the Chinese reps are the likely people to be involved in North Korea. This matter is serious, and it requires further investigation.