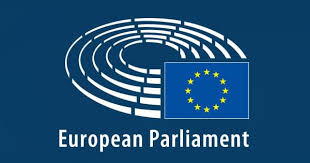 It appears that the European Union has had enough of the problems created when its Members issue CBI passports to foreign nationals. Citing serious money laundering and tax evasion risks, the European Parliament's Special Committee on Financial Crimes, Tax Evasion and Tax Avoidance has issued a Draft Report that recommends that EU Member States phase out their Citizenship by Investment (CBI) and Residency by Investment (RBI) programs.  This is the first official notice of a new European position on its CBI problems, and may have been a direct response to the challenges that the EU is confronting due to its ongoing problems in the Republic of Malta, whose dodgy CBI program has come under attack from Brussels.

The best way to understand the EU position, here is the complete text of the relevant paragraph, verbatim, to allow readers to draw their own conclusions, regarding how seriously the EU is treating its CBI-related problems:

"The European Parliament ...
91. Concludes that the potential economic benefits of CBI and RBI schemes do not offset the serious money laundering and tax rvasion risks that they present; calls on member States TO PHASE OUT ALL EXISTING CBI OR RBI SCHEMES AS SOON AS POSSIBLE." [emphasis added]. Draft Report at 18.

(1) even if the EU  succeeds in closing down Malta, Cyprus, and all the other EU Member States who currently operate CBI or RBI programs, there will still be tens of thousands of valid CBI passports for compliance officers at international banks to deal with during the next decade. Many of the holders are from Russia, China, and other high-risk jurisdictions. How with the EU treat those passports ?

(2) If Europe shuts down its CBI and RBI programs, what effect will this action have upon Caribbean jurisdictions ? The UK, for example, has had quite a bit of trouble with foreign criminal elements using CBI or RDB passports, and it may eventually want to see those East Caribbean CBI states follow suit. The problem is the cash generated is generally used for budgetary needs, and the EC states may not willingly chose to abandon that cash flow. What will the EU and UK do then?

CBI passports have been a major thorn in the side of the world's compliance officers, for they serve to disguise the true risk levels of their holders, most of whom come from high risk jurisdictions, some even having ongoing combat operations in progress. Will they soon become an endangered species ?
Posted by Kenneth Rijock at Friday, November 16, 2018