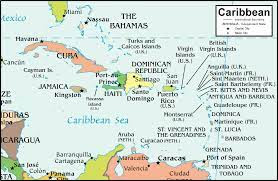 This week saw the emergence of what we can only describe as double trouble for many of the corrupt national leaders in the East Caribbean states. First, information about an offer to cooperate, coming from the newly arrested and now former, Premier of the British Virgin Islands, regarding his testimony against other corrupt EC leaders. Second, the extradition, to the United States, of the most important Colombian drug kingpin to be arrested in decades, and who has already started cooperating with Colombian law enforcement, raising the presumption that he will now assist US law enforcement, especially regarding those Caribbean officials who assisted his cocaine shipments reach North America.

Clearly, these two matters will result in the United States acquiring sufficient evidence and testimony to indict a number of East Caribbean leaders whose corrupt activities richly deserve long terms of confinement in American prisons. Whilst most of these leaders have operated with impunity, due to lack of sufficient evidence to sustain convictions in Federal courtrooms in Miami and NewYork, it is obvious that these two cooperating individuals will now most likely allow the United States to obtain the convictions of key leaders in the region, at the ministerial level, including prime ministers.

National leaders in the five East Caribbean states that offer CBI economic passport programmes, St. Kitts & Nevis, Antigua and  Barbuda, Dominica, St. Lucia and Grenada, jurisdictions where corruption is the rule, rather than the exception, should be considered the primary targets, although leaders in other Caribbean countries should not think that they are immune from prosecution. Obtaining justice against those leaders has been a long time coming, but it may come sooner than you think.