WHY IS CANADA'S LARGEST AIRCRAFT MANUFACTURER SELLING AIRCRAFT TO IRAN FOR HEZBOLLAH ? 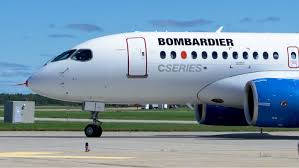 Middle East media has given major coverage to the flight of two aging Boeing 747 freighters, loaded with missile components, and the tools necessary to fabricate missiles, which flew Tehran-Damascus-Beirut, ultimately delivering its cargo to Hezbollah. While Hezbollah may control Beirut Airport, boldly landing missiles for Hezbollah there demonstrates the utter weakness of the Government of Lebanon, and its army.

That the two aircraft, EP-FAA and EP-FAB, operated and owned by Iran's Fars Qeshm Air, took a circuitous route, apparently to avoid the possibility that Israeli fighters might shoot them down, confrims their illicit cargo.

What has this to do with Canada's largest aircraft manufacturer, you ask ? Well, without much fanfare, Iran has contracted wirh Bombardier Inc., now publicity shy about the matter, to purchase ten CRJ aircraft, with a larger quantity to follow. There appears to be a news blackout as to whether the company has received a license from OFAC, as a large portion of the parts on the CRJ are of American manufacture. The United States recently remposed widespread sanctions upon Iran, including on American-made aviation parts and equipment. Why the silence, we ask the Government of Canada ?

Though these CRJ aircraft are designated as airliners, they can easily be utilized as troop transports, that is to be their ultimate task. Considering that Iran has deployed its proxy army, the Lebanese terror organization, Hezbollah, far and wide in the Middle East, to fight its battles, expect that these aircraft will be carrtying Hezbollah military to those conflicts.

So the question is, how on earth can Canada, and indeed the US, agree to ship what will certainly be used as troop carrieras, to its enemies ? Fars Queshm Air is Iran's designated ferry for Hezbollah, and given Iran's desperate need for aircraft, why is the present Canadian government giving aid and comfort to the West's most dangerous enemies ? 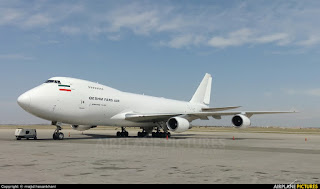