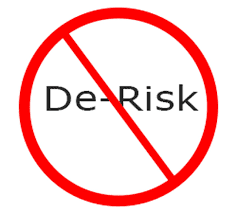 Lately, we are inundated with what seem to be cries of pain and anguish from government leaders in the Caribbean, all of whom decry the legitimate risk management actions of North American and EU banks, who must engage in the de-risking of correspondent accounts of opaque financial institutions abroad. While the government leaders bemoan the supposed plight of their legitimate countrymen, who can no longer use their banks' correspondent accounts onshore, they refuse to order their local banks to be sufficiently transparent to satisfy banks in New York and London.

For the benefit of those who fear that there is no technological solution, there has been one available for several years, and it is local, and well known to the Caribbean region. Cayman-Islands-baned Global Risk and Data Authority *(www.grada.io) has a program that allows an onshore bank to have a clear window into the offshore bank's customers and transactions. It actually allows KYCC, or Know your Customer's Cusatomers, thus providing the needed transparency to satisfy even the most demanding compiance director at a New York bank.

Why won't Caribbean banks adopt the Grada program ? Because if a New York or London bank was to see the offshore bank's clients accounts, it might see some of these:

So long as there is rampant corruption in the region, local bank leadership, who depend upon their support, and their lucrative accounts, neither St Kitts nor Antigua, Dominica, Grenada, and St Lucia, will allow their banks to adopt programs that will afford transparency. Unless there is true political reform in those countries, bank officers will continue to ignore a tool which could completely eliminate de-risking in the region. Remember, loss of correspondent accounts can prove fatal to the health of an offshore bank.
______________________________________________________________________
*Full disclosure: I am not affiliated with the Global Risk & Data Authority, but I have found their program to be the only solution to de-risking, and recommend its installation.
Posted by Kenneth Rijock at Saturday, September 01, 2018