THE USE OF DATA TO FIGHT THE WAR AGAINST MONEY LAUNDERING HAS FAILED; IT IS TIME FOR A NEW APPROACH

Recently, when a dangerous Iranian money launderer was taken into custody, the arresting agency reportedly found four passports in his possession, all from the same jursidiction, and all under different aliases. They were all valid, and effectively protected the holder from routine inquiries at customs and immigration kiosks around the world. This is because the nature of the existence of billions of passports, with more being issued each day, prevents any means of vetting them, other than the current, and useless, tecnique of solely checking for the alteration of printed data by the holder.

The war on money laundering and terrorist financing is an abysmal failure; perhaps one to three per cent of illicit transactions are identified and interdicted, and that is being generous, and it is because the use of data to identify potential lawbreakers is fatally flawed. here's why:

(2) The large number of jurisdictions offering economic passports, through Citizenship by Investment (CBI/CIP) programs, in Europe, and the Caribbean, has made "squeaky clean" identities available to one and all, even lower-level criminal elements.

(3) The instant obsolescence of AML/CFT databases and products, which are perennially behind innovative money launderers, who will find, and use new opportunities to move and clean dirty money. puts the world's banks constantly at a disadvantage, a day late and a dollar short, as their data is never current.

(4) Compliance officers at international banks rarely identify Trade Based Money Laundering (TBML) operations, as the foreign individuals involved in trade transactions are generally remote from the destination of the goods used to cover the TBML activities, and compliance has grossly insufficient data to vet them, let alone perform Enhanced Due Diligence on a level that will associate them with other TBML transactions. Massive TBML operations are sucessfully conducted each business day.

Data alone has utterly failed us in the 50-year battle against money laundering; the only viable solution is to pair it with facial recognition software systems, which can conclusively identify specific bad actors in the dark worlds of money laundering and terrorist financing, from digital images, or images from a video source, be they social media images, CCTV or newsreel footage, identity documents, and images generated through other media sources.

Considering that only verification of an individual's identity, through the use of facial images, is the only conclusive method of truly validating personal identification information, we wonder when its  universal use will become recognized as the only solution. It is the only technique that money launderers and terrorist financiers have no effective defense to. Data can be manipulated, diluted, changed, deleted, and otherwise changed. 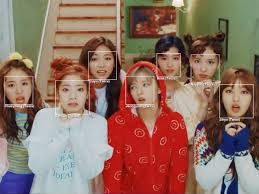 When facial recognition software collects images, from a variety of sources, criminal elements cannot alter, eliminate or hide them from compliance officers armed with such a platform. Is this the counterstrike sorely needed by the global compliance community to identify bad actors, and to interdict moneuy laundering in real-time ? We believe it is, and that the time has come for facial recognition software to take the offensive against money launderers and terrorist financiers, to really take a bite out of crime.