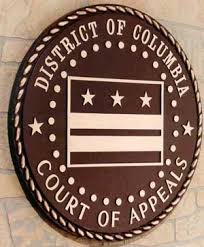 The Court of Appeals for the District of Columbia Circuit has, in a 19-page opinion*, affirmed the District Court decision in favor of OFAC and Treasury in the Waked case. OFAC had named two Panamanian individuals and their business as Specially Designated Narcotics Traffickers (SDNT), pursuant to the Kingpin Act. When the designated parties sought the evidence against them, so that they could challenge it, OFAC gave them unclassified files that were severely redacted, due to ongoing criminal investigations, and the risk that disclosure would threaten the lives of confidential sources.

The plaintiff brought a civil action in District Court, alleging that OFACs failure to produce the specific evidence supporting their designations, violated the Due process Clause of the Fifth Amendment. They sought the evidence, or dismissal of the sanctions. After the Court entered a summary judgment for the defendants, this appeal followed.

"Plaintiffs declined to take the multiple routes open to them to challenge their designation in a way that could have enhanced their procedural protections without compromising the Government's and the Public's interest in withholding classified information. Instead, plaintiffs chose to mount an all-or-nothing challenge seeking the particular evidence against them or more information about the sources of that evidence. And plaintiffs pressed this sole claim without questioning the appropriateness or scope of the agency's extensive redactions of the record or asking the Court to review then in camera. We thus affirm the District Court's grant of the Government's motion for summary judgment."