Mehul Choksi, Antigua's Poster Boy for all that is wrong with his "adopted" country's CBI program, ia not shy about detailing all his defenses, his bogus reasons why he should not face justice in a court of law in India. They are either an insult to our intelligence, or a cruel joke being played upon his victims in India.

Taken directly from his recent interview with Media from India:

(1) I have a cardiac condition, and decided to see foreign doctors for medical evaluation.
(2) I cannot travel to India for medical reasons; I need bed rest, and continuous monitoring and medical supervision.
(3) If I return to India, I may be lynched in prison.
(4) My assets were seized, and I cannot afford an attorney to defend me.
(5) My server, with all my documents, has been seized, and therefore I cannot defend myself in court.
(6)  I am the victim of a political prosecution in India.
(7) I took Antiguan citizenship (CBI/CIP) to expand my business.
(8) My attorney is contesting Antigua's right to deport me pursuant to Commonwealth extradition laws.

Note that Choksi, accompanied by his two bodyguards (who are also fugitive Leroy King's bodyguards), is gorging himself in Antigua's empty restaurants, and freely moving around town. He is neither chronically ill nor infirm. His corpulent appearance is not slowing him down, as he enjoys his ill-gotten gains.

He's laughing all the way to Antigua's banks, through which he reportedly moved multi-million dollar sums, all of which are the proceeds of crime, as he, and other dodgy CBI passport holders drive Antigua further towards international Blacklists in the eyes of North American and EU governments. 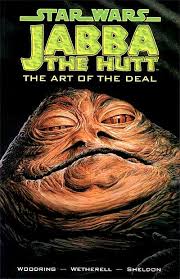