ANTIGUA DRAGS ITS HEELS, AGAIN, BUT NOW THE WORLD IS WATCHING

If you have not been following the case of the fugitive financial fraudster wanted in India, the billionaire Mehul Choksi, who is contesting his extradition from Antigua, where he is evading justice, courtesy his $2m purchase of a CBI passport. Allow us to update you:

(1) When the Government of India announced that it was requesting his extradition, Antigua's Attorney General  cleverly assigned the matter to the Director of Public Prosecutions, who conveniently then took a 30-day holiday. Government stated that he was the only one authorized to handle the extrsadition request, notwithstanding that there are four Crown Counsel on staff so qualified, as well as the AG. That bought Choksi's attorney time to contest the extradition, even though the only legal defense available is that Choksi is not the one and the same individual identified as the wanted fugitive by India. Anything else is pure legal hogwash, designed only for the purposes of delay and distraction.

(2) Government then said, at the end of August, that the Director was imminently expected back on duty, and that he would expeditiously handle the matter upon his return, at the beginning of September. It is now mid-September, and no action whatsoever has been taken; no announcements have been made.,

(3) Clearly, the matter has been intentionally stalled, in the manner of ex-banking regulator Leroy King, whose 9-year extradition delay is obviously the template that Antigua is using in the Choksi case. The difference is that India is very publicly raising global awareness of the Choksi case, putting Antigua in the cross-hairs of negative media coverage.

We do not expect that Choksi will ever be extradited to face the music in India. No wonder the United States exempted Antigua from visa renewal waiver privileges; The Government, and the courts, cannot be trusted to follow the Rule of Law and Comity. Foreign investment has essentially disappeared, Antiguans are nerviously awaiting the next time the US Government's shoe drops on them on the diplomatic or legal front, and though India has still not been heard from, look for it to speak up at the Commonwealth of Nations, and which will cause Antigua major embarrassment in the United Kingdom, and in global media.

Maybe Antigua's Attorney General, the politician Steadroy Benjamin, who is really in charge of whether Choksi stays or goes, might want to meet with Gaston Browne, the country's Prime Minister, and rethink the situation, before Antigua suffers another serious legal or diplomatic blow. 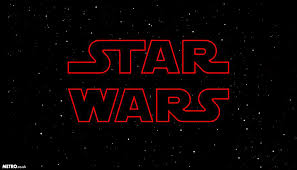