WHY DID DOMINICA HIRE TRUMP'S LAWYER AS A LOBBYIST IN WASHINGTON ? 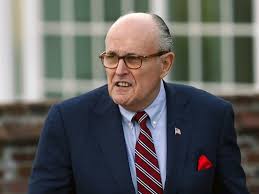 It seems that a number of United States Senators, whose signatures appear at the end of their letter below, want to know precisely what Rudolph Giuliani, former New York City major, ex-United States Attorney, and personal attorney and pitchman to President Donald Trump, is doing for the Commonwealth of Dominica, and certain other countries in the Western Hemisphere.

Is Giuliani violating the Foreign Agents Registration Act (FARA) ?  Did Anthony Astaphan engage him, and on what authority ? How much has Giuliani and his firm been paid ? We are really wondering why it was necessary to retain such a Washington insider to lobby before the United States government, and for what important subject ?

At this point, you may wish to remember that Mr. Giuliani was one of the team of attorneys who represented Reza Zarrab, the Iranian oil sanctions evader, whose partner is imprisoned Iranian intelligence agent /oil seller Alireza Monfared. That's the Monfared who has a Dominica diplomatic passport, and is a close associate of Dominica Prime Minister Roosevelt Skerrit's Labour Government, and who was seized in the Dominican Republic for his role in the $9bn theft of oil profits from Iran.

Is Giuliani working for people in the Government of Dominica who were involved in the Dominica-flagged oil tankers that Monfared employed off the coast of Labuan, and in laundering illegal Iranian oil profits, or is he trying to get immunity from prosecution for Skerrit in the New York case ? We cannot say, but we hope that the US Senate can find the answers. 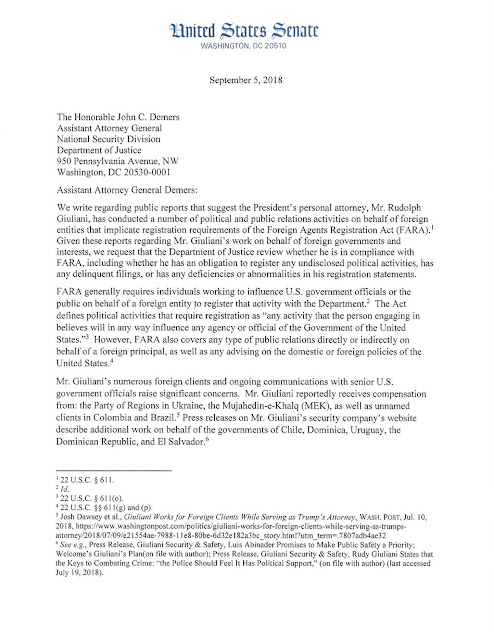 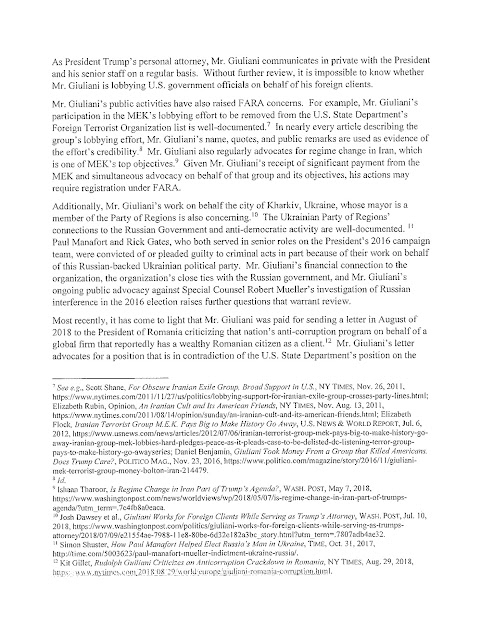 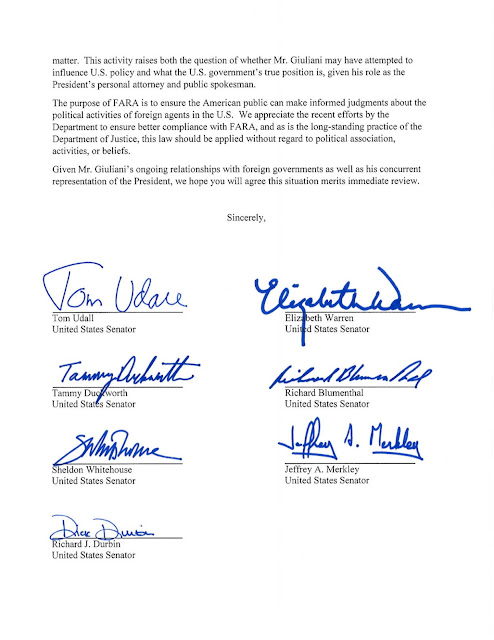