Following a visit to the United Nations yesterday, by a representative of the United States Government, Leroy King, the former chief executive of the Financial Services Regulatory Commission, wanted since 2010 for his role in the Stanford International Bank Ponzi billion dollar scheme, was arrested in Antigua, purportedly for the purposes of his extradition to the USA. A demand letter was said to have been hand-delivered to Antigua PM Gaston Browne, who was attending the opening of the UN General Assembly, and King was detained shortly thereafter by Antiguan authorities. Neither the contents of the letter, or the identity of the sender, have been made public.

Longtime observers of Antiguan politics have pointed out that King is terminally ill, and that he may not survive long enough to be extradited to US District Court in Texas, where he faces what amounts to a life sentence for facilitating Allen Stanford's Ponzi scheme, by obstructing US Government agency investigations into Stanford International Bank, which he ostensibly supervised, as Antigua's chief regulator.

The American Ambassador to Antigua and Barbuda, Sir Ronald Sanders, has issued a denial regarding the existance of such a letter, and has stated that no such letter was issued by the United States Department of State. Please note that this article does not state which department, agency or office of the United States Government wrote and issued this letter, as we do not have that information.

The eight years that Antiguan courts have allowed King to file and prosecute numerous appeals, none of which have been objectively deemed to have any legal merit, damaged the relationship between the United States and Antigua & Barbuda, and if King is ultimately extradited, that action will hopefully repair that damage. Some Antiguans are pessimistic about whether King will ever be extradited, and we will now have an opportunity to see whether their cynicism regarding Antiguan politics is well-founded. 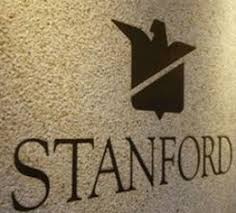