IF GOVERNMENT FALLS IN DOMINICA, WILL CBI PROGRAM BE AXED ? A Parliamentary Motion of No Confidence has been filed in the House of Assembly of the Commonwealth of Dominica, by Opposition leader Lennox Linton, against the country's sitting Prime Minister, Roosevelt Skerrit. Rampant unrestrained corruption of senior government officials, especially in the Citizenship by Investment (CBI) program, exerting undue influence upon the country's judiciary, armed suppresion of peaceful protest and dissent, and a descent from real democracy into quasi-dictatorship, are just a few of the complaints the people of Dominica have against their Prime Minister; No wonder they want him removed.

The Concerned Citizens Movement continues to conduct peaceful public protest, outside of the Assembly chambers, closely guarded by the armed paramilitary police, clad in camouflage battledress, who have deployed a dozen Chinese armored vehicles to the area, and closed streets, in an effort to control the protests. 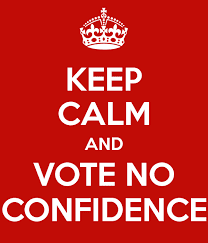 Readers who read our recent article on the political charges brought against Opposition leaders, regarding alleged efforts for regime change that occurred after protests in 2017, the Court has set that matter for hearing on March 28, 2019; charges were only made available a couple of days ago, raising additional questions about whether the charges are purely political, and have no legal or factual basis. Disclosure of Discovery must be made by the last business day in December, 2018, according to the asigned magistrate judge.

The most pressing question is whether, if Skerrit is removed as PM, will Dominica's corrupt Citizenship by Investment (CBI/CIP) program be scrapped ? Many of the recipients of those CBI passports have been career criminals or sanctions evaders, subsequently arrested for criminal acts by law enforcement agencies in other countries. Dominica passports, held by native-born Dominicans, have become regarded as high-risk by customs and immigrations officers in Western Europe and North America, and there is a serious concern that the continued issuance of CBI passports to criminals by Dominica will result in more interrogations of citizens upon arrival abroad, baggage inspections, and extensive questioning about the purpose of a visit. will the CBI program be terminated under the next government in Dominica ? 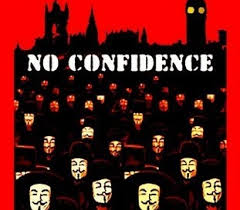